Looking for the FY2015 Ranger School schedule (for start dates through September 2015)?

Reporting Information: Incoming students will report as early as 1000, but NLT 1300 on Day 0 (Sunday) of the Ranger Class they are scheduled to attend. Reporting location is Building 5002 (Multi-Purpose Training Facility) on Camp Rogers located in the Harmony Church area of Fort Benning GA. Students must report in ACU uniform (or their Service equivalent).

* Class 2-16 will be required to take Holiday Block Leave – details will be posted here when available.

To date six female officers have been invited to attend the US Army Ranger Course (class 6-15) in April after successfully completing the 16 day Army National Guard Ranger Training and Assessment Course (RTAC). More female soldiers could be joining this group, as there are a total of four RTAC classes before the 19 April Ranger School report date. Those who fail are allowed to try again if approved by their sending unit.

The January RTAC class started with a total of 122 soldiers. More than half of those failed to meet the course standards, but of the 58 graduates, five were women. In all, 26 women attended the course – 19 officers and 7 enlisted – for a pass rate of 19%. For comparison, the pass rate for men in the same class was 55%.

The February 6-21 RTAC class had 17 women among the 100 soldiers who started. Only 35 men met the standard and one woman (officer). The pass rate comparison: men 42%; women 6%. Six of the women who were dropped elected to stay and complete the training, knowing they would not graduate.

The Army is conducting the one-time “assessment” of the Ranger Course in April 2015, to gather data to be used should gender integration of the course become mandatory.

Ranger Instructors have long joked about females attending the course. At least as far back as the 1980’s. Usually it was in response to some (seemingly politically motivated) change the POI or interpretation of standards. Now, like it or not, the time is here.

Since September 2014, the Army has sought out and began grooming female volunteers to attend as either students or observer/advisers. In January females began attending the two week Army National Guard Ranger Training and Assessment Course (RTAC) at Fort Benning, GA. All National Guard personnel are required to pass RTAC before attending the Ranger Course; but the Army has only said female Ranger Candidates must attend RTAC as a prerequisite.

The photo above has generated much comment fodder as the soldier appears to wear a turban of braided hair instead of the traditional buzz-cut. But the picture is from last fall and any female candidates will report with “Short Hair” IAW the AR 670-1 standard.

Short hair is defined as hair length that extends no more than 1 inch from the scalp (excluding bangs). Hair may be no shorter than 1/4 inch from the scalp (unless due to medical condition or injury), but may be evenly tapered to the scalp within 2 inches of the hair line edges. Bangs, if worn, may not fall below the eyebrows, may not interfere with the wear of all headgear, must lie neatly against the head, and not be visible underneath the front of the headgear. The width of the bangs may extend to the hairline at the temple. 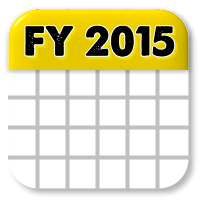 Reporting Information: Incoming students will report as early as 1000, but NLT 1300 on Day 0 (Sunday) of the Ranger Class they are scheduled to attend. Reporting location is Building 5002 (Multi-Purpose Training Facility) on Camp Rogers located in the Harmony Church area of Fort Benning GA. Students must report in ACU uniform (or their Service equivalent).

* Class 2-15 will be required to take Holiday Block Leave and are encouraged to make all travel arrangements prior to attending Ranger School. This is to prevent students from paying for last minute airline tickets because there is no scheduled time for making travel arrangements once the course begins. Holiday Block Leave is from from 150900DEC2014 through 021800JAN2015. Students will not make travel arrangements prior to 0900 on the 15th of December from Columbus GA and, no earlier than 1200 from Atlanta-Hartsfield International Airport. Students must return to Camp Rogers no earlier than 1200 and no later than 1800 on the 2nd of January 2015.